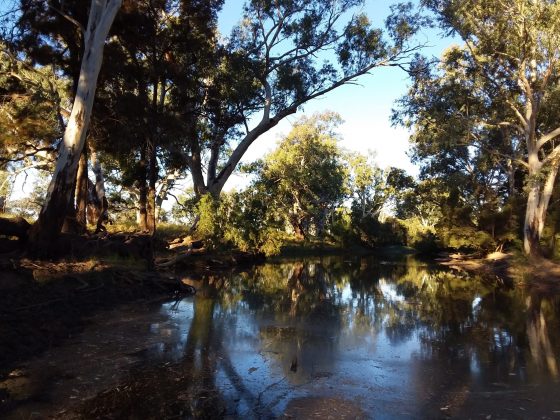 The Nive River was named after the Nive River in France by the explorer Major Sir Thomas Mitchell. He was the first European to explore the Warrego River and its tributary, the Nive River. He found grassy plains and soft sandy country, perfect for grazing. The *”billabongs” are calm and reflective. Many folks have come and gone from this old settlement over the years since 1863, and its still a beautiful place.

*Like the lyrics of Banjo Paterson’s “Waltzing Matilda”, Australia’s best-known bush ballad, swaggies often rested by a billabong,  travelling on foot (waltzing) with their belongings in a “matilda” (swag) slung over their back.